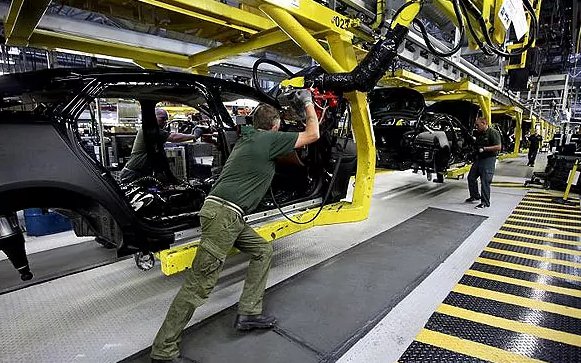 Analysts were awaiting a growth of the UK manufacturing and industrial production, but both of them have fallen in October. Output from tue manufacturers, after an increase of 0.6% in September, sharply declined in October by 0.9%.

The output of the industrial sector was even worst, according to the Office for National Statistics (ONS), with  a -1.3%, the biggest fall in overall production since August 2013.

The largest fall was reported in energetic sector, with oil and gas output that shrank by over 10%. This could dealt a blow to the UK's GDP growth prospects in the final three months of the year, even if figures released by the National Institute of Economic and Social Research indicated that in the 3 months ending in November 2016, the UK GDP grew by 0.4%, unchanged from its previous GDP estimate.

These figures are putting against pressure on sterling, which has just fallen below 1.26 against the US Dollar, while the rate EUR/GBP returned above 0.85.

This is a significant rebound, considering that in the first trading hours of this week, just after the Italian referendum was rejected, the rate arrived close to 0.83, at his 5-month low.

All of this is taking place while there is growing pressure on Theresa May regarding provision of clarity on Brexit plans - from Labour, inside the Conservatives and from the EU.  A clear plan is required in order to avoid a new attack to the pound on the financial markets.