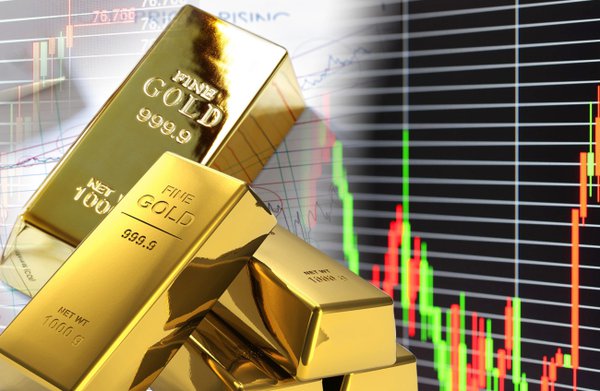 Gold, dollar and the Fed

There has always been a significant correlation between the policy decisions taken by the Federal Reserve, the trend of the US dollar and the price of gold. Therefore gold investors are now watching closely any hints about the Fed’s next move and any slowdown in the pace of interest rates hikes for 2019 and 2020 is likely to curb the dollar rally and push bullion up.

What are investors forecasting for gold in 2019? The outlook for gold in 2019 depends on various factors. Let's analyse the macroeconomic scenario and its implications on gold. In the last few weeks, the words of Jerome Powell have mixed things around. His increasingly dovish stance gave a lift to the equity sector, slowed down the dollar and boosted gold. Bullion found the strength to recover from $1,160-- its lowest level since the summer-- to above the key level of $1,200, before attacking its October peak of $1,243. Obviously the trend in gold prices reflects various factors, including the complex geopolitical 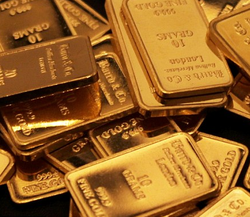 scenario, with growing uncertainty related to Brexit and the growing appeal of populism. Also, in October and November the gold ETF sector saw the first inflows after four months of outflows, as shown by World Gold Council reports. However there is no doubt that the main market movers for gold are still the Fed’s decisions and the US dollar moves, with bullion ready to celebrate any dovish comments from US central bank officials. The Fed’s policy decisions are inevitably destined to move foreign exchange markets and bullion too, with gold prices traditionally negatively correlated with the dollar (find out more on the correlation between gold and the dollar). Therefore, the next few meetings of the Fed are of vital importance for the precious metal, with investors keen to know outlook & forecasts for 2019/2020 and to find out everything about the guidelines of Political Economics given by the FOMC.

From a geopolitical point of view, the situation remains tense, with issues such as Brexit and the Italian budget crisis (if the latter was to ignite again), which could boost bullion in a matter of seconds. But if the intensifying standoff between Russia and Ukraine has failed to impact the gold price is because bullion seems to have become much more sensitive to news coming from the Federal Reserve than elsewhere. In fact, in the first part of November 2018, the strengthening of the dollar, also linked to growing expectations of further rate, had depressed bullion prices. The scenario reversed in the last week of November 2018, with gold recovering to $ 1,225 an ounce and confirming its bullish trend with a jump above $ 1,235. If gold prices went on to exceed $ 1,235 there may be extra room for other bullish rallies. A first target would be $ 1,265 and a more ambitious one at $ 1,300 could be hit if the Fed were to confirm its dovish attitude, after a series of rate hikes in the last two years.

2019 is looking shiny for gold

The number of analysts upgrading their 2019 outlook for gold is increasing.  In his gold outlook to Kitco, E.B. Tucker, director of Metalla Royalty & Streaming, said: “2019 will see the start of a new bull cycle for gold and push the metal up to $1,500 an ounce” adding that: “To make big money in this market, you have to see the cycles. Nothing changes. We’ve had three big cycles in gold since 2000 and we’re about to have another one.”

Another positive outlook is that of the World Gold Council, as Chief Market Strategist John Reade analysed 2018 in this way: “Physical buyers, whether they are in China or India, which together make up half of consumer demand for gold, should be solid, bolstered by good growth in these two important economies. Technology demand, which has grown steadily over the last eight quarters, should continue to perform well as the world becomes ever more connected digitally.” The World Gold Council strategist is also focusing on the impact of central banks, which he thinks are likely to buy more gold. He writes: “Central banks, whose collective buying has been one of the standout positive surprises this year, are widely expected to continue to buy gold next year and it’s possible that additional central banks will join the list of buyers, as seen in 2018.  All of these sources of demand are not only relevant to gold’s performance next year, but also underpin its long-term performance.”  Some investors are buying gold as a hedge to currency and market risks. Freddie Lait, manager of the Latitude Horizon fund announced that its fund has gone from having 5% of the portfolio in gold in July, to 10% in December 2018, pointing out that for sterling investors, gold has had "an incredible negative correlation" with global equity markets for the past year or so.  Once gain, it looks like as soon as bears start to appear in the stock market, the number of investors betting on bullion grows, while outlooks and forecasts for gold are turning more and more shiny.