Investing in COBALT: is it still time? 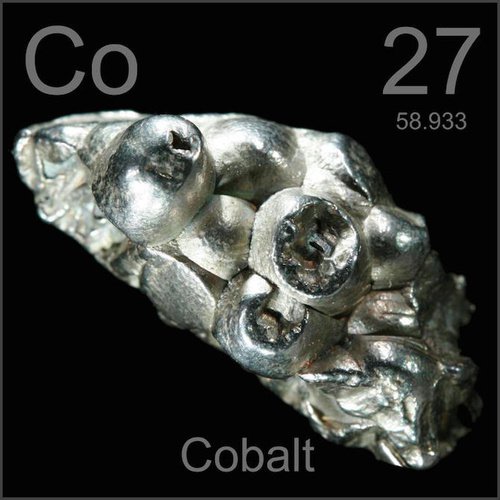 Investors who bet on cobalt in the first ten months of 2017 achieved a double-digit, or almost three-digit, return. In fact, cobalt quotations have risen from 32,000 tons to January ton to exceed 60,000 dollars at the London Metal Exchange, where they have been traded daily since 2010.  But is it still time to invest on cobalt or the prices have gone too far? The question is very current, considering the great race of the last 20 months. In fact, cobalt in February 2016 was traded under $ 22,000 a tonne. The trend has however changed direction, starting an important path of ascent that has led the cobalt to crumble the previous record of $ 47,000 per tonne reached in April 2010. The reasons behind the rise in the price of cobalt are many, as we have studied in numerous articles. (cobalt analysis) - (cobalt and Trump)

What pushes the price of cobalt up? 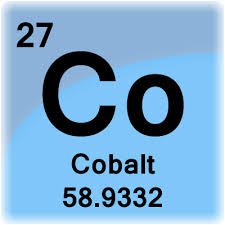 The first factor that drives the demand for cobalt is related to the growth of electric cars. In 2014, the American automaker Tesla announced the opening of the Gigafactory, the new lithium ion battery factory, designed to bypass control of battery production in Southeast Asia. One of the key elements for the production of these lithium batteries is cobalt, the key raw material together with lithium for this new electric car market. In addition to the events related to electric cars also weigh expectations for the demand that comes from the war sector. Donald Trump could in fact generate a growth in war instrumentation, which uses cobalt, from the US front. But even Chinese demand is still growing. In the meantime, speculators have been unleashed, with the entry (or rather the return) in the sector of some important investment funds, which have raked up the market, positioning themselves long on the cobalt and pushing the price of metal.

Glencore, one of the largest mining companies, in February 2017 became the sole owner of the world's first mine, located in the southern part of the Democratic Republic of the Congo, the Mining Mutanda. Glencore acquired 31% still not owned by Dan Gerler / Fleurette Group, confirming the great interest in metal. An investment in the mine that produced 24,500 tons of cobalt in 2016 that seems apt given the rise in metal prices. Glencore has increased its share even in the mines of Katanga.

How to invest on cobalt?

The reference market for cobalt trading is London's London Metal Exchange. Access to LME futures is not possible for private traders. At the moment we do not register the presence of ETF / ETC on cobalt. However, it is possible to invest in companies operating in the sector. Think of LiCo Energy Metals, a small cap listed in Toronto. The shares of this company had fallen to just 0.02 in 2015. The cobalt rallies brought them back above 20 cents at the beginning of 2017, and then settled around 16-18 cents. The list of companies operating in the cobalt is long, although many of these companies extract many other metals. Cobalt therefore represents a fraction, often a minority, of their production (often producing gold, silver, copper). These include Glencore, the first company in the world in the sector, even after the latest acquisitions (mine of Mutanda and Katanga). But also China Molybdenum, partially controlled by the Chinese government, with a production of 9.314 tons of cobalt in 2016. We also remember Fleurette Group (from which Glencore took over part of the mines of Mutanda and Katanga), with a production of 7,595 tons in 2016. Also worthy of note is the Vale, listed on the NYSE, with over 5,200 tons produced in 2016 and 30 billion in revenues, generated, besides the extraction of cobalt, also from gold and silver and copper. 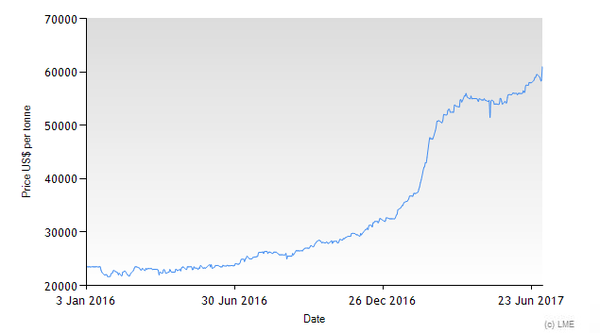