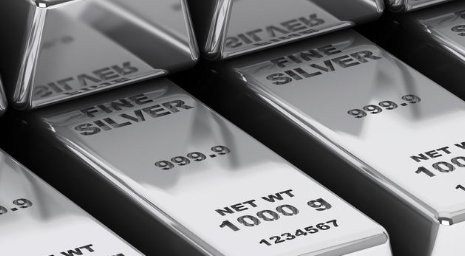 First GameStop then silver shortly after, hit the front pages of the business press across the globe in the last couple of weeks.

This was due to an alleged battle between an army of Davids (the retail traders of Reddit) and a few Goliaths (some large investment funds).

The reality is probably not as simple, as many of the large funds were actually among the biggest gainers from the GameStop rally for example.

A huge number of small traders, mostly on Reddit - coordinated themselves and decided to take the same trading position, almost at the same time, to make the value of a financial instrument soar.

Two weeks ago, they targeted a cryptocurrency called Dogecoin, which saw a sudden tenfold value increase. In just 24 hours it went from 0.007 to about 0.07 cents.

The move on GameStop was even more striking: shares in the Texan videogames company were worth less than $20 at the beginning of the year before jumping to about $77 on January 25, and to a whopping $325 last Friday, thanks to a major rally that boosted its market capitalization to over $22 billion.

The purchase orders sparked from the Reddit chats and spread at lightning speed. Unity was indeed strength in this case. The coordinated move of a wave of small investors overwhelmed numerous investment funds, some of which racked up multimillion-dollar losses. Among them was Melvin Capital, which lost 53% in January, due to its short exposure on GameStop.

After causing GameStop to climb spectacularly, this ‘army of traders’ switched their attention to silver, which is a much bigger whale. It’s still debated who really was behind this move but the attempt proved successful to begin with: silver hit its highest level in 8 years earlier this week, climbing above $30 an ounce.

How did it happen? Let's analyse Silver Market

As with stocks, the silver price rises when demand outstrips supply. If the disproportion between supply and demand is high, the rise becomes a rally, often uncontrolled. At times like this, the mechanism can become a self-feeding circle, and not necessarily a virtuous one. Investors who bet on a fall in the price of the underlying commodity found themselves trapped as closing their short positions became more and more costly. As panic set in, many ran for cover, buying at a higher price, recording big losses and boosting prices even further.

But it didn't stop there: almost 50% of the total demand for silver comes from the industrial sector. Some of the companies that use it, worried about the sudden jump in price, might have decided to buy, to avoid having to pay even higher prices in future, contributing - involuntarily – in feeding this bullish spiral that saw silver top $30/oz.

However, the charge swiftly ran out of steam with silver proving much harder to shift then their previous targets. Indeed, the silver market has a huge number of players involved. More specifically, silver is the sum of an array of markets: physical (jewellery, industrial, investment, central banks’ reserves) and financial (ETFs, futures, options and many other derivatives as certificates, CFDs etc.).

After skyrocketing to $30/oz, silver has lost the majority of these gains, with the price dropping back to $27. The resistance level of $30 touched on Monday and last summer proved to be a significant barrier. At least for the time being, the fundamental drivers fought back against the irrationality of markets.